Netflix offers a slew of Japanese animated shows. I know, I KNOW. It’s anime, something that most of us at one point would turn our noses down at if suggested. But this is college, a time of learning, exploration and experimentation. In that vain, I have become quite the avid anime fan. Unlike many of my compatriots, I don’t necessarily go for the savage gore-filled titles of Death Note and Tokyo Ghoul, nor do I prefer the “bubblegum” feel-goodness of shows like You Cry in April. What really scratches my Flix-itch are the animes that fall in between. J’adore Seven Deadly Sins, Magi, and Sword Art Online. There’s action, romance, and enough twists to keep you guessing. But, and this is the thing I love the most, the good guys always seem to pull through. If that’s not your thing, or you aren’t really sure what anime to start with, an easy go to is the ever popular Attack On Titan beloved by die-hard anime devotees and the average person alike.

The great thing about Netflixing crime dramas, is that unlike regular television, you don’t have to wait every week, or if they’re reruns every weekend, to continue the story. You can binge your way all the way through in one shot, if you’ve got that kind of time (and dedication). Americans are fascinated with crime, both the commission and their solution. For better or worse, entire networks have been funded by the unquenchable thirst to learn about murder and revenge. I highly recommend Law and Order: Special Victims Unit (I cannot emphasize enough the great divide that exists between SVU and all other Law and Order spin offs), iZombie (it’s a cute crime series with enough heart for anyone. The main character is a female zombie who gets premonitions of the victims’ lives after eating their brains), and Bones (I am currently watching this show and I absolutely adore it. The writing can sometimes be repetitive, but with 12 seasons, it’s awesome to watch all the characters grow).

From Murder, She Wrote to Friends, shows that have reached their end offer some of the best entertainment available. There’s not much more to say other than that. True, the graphics might be outdated, and you might not get some of the “pop-culture” references, but still there is something about observing the visual arts of an era gone by that brings a sense of much needed nostalgia.

THIS IS A PUBLIC SERVICE ANNOUNCEMENT: If you haven’t watched a Netflix Original you are missing out on what could be some of the most joyful experiences of your young life. From Orange is the New Black, to House of Cards,to the lesser known Hemlock Grove, Netflix is a powerhouse at producing riveting, critically acclaimed and genre-forwarding series worthy of television’s “Golden Age”. A few more suggestions include Marco Polo and Narcos. If you’re into the Marvel Cinematic Universe, you may want to explore the multi-verse of Marvel’s small-screen features. Daredevil and Jessica Jones are some of the best superhero productions ever created and take a look at the dark side of New York City.

5. Something Funny To You

After a test, or before hitting up the frats “pregaming” to a comedy special or watching raunchy episodes of Archer and Family Guy are a great (and legal) way to alleviate stress and escape from your troubles. Some suggestions include the insightful eye of Bo Burnham’s what. and the hilarious rantings of a pregnant Ali Wong in Baby Cobra. If that’s not your style, you can always try a Dramedy. A mixture of heart-wrenching drama, and a lot of laughs, shows like Grace and Frankie are unique and encapsulating. Grace, and your husband’s best friend’s wife, Frankie are forced to adapt to modern life in their seventies after their husbands reveal that they’re more friends. The show takes an honest look at infidelity but doses it with all the charm of its leading actresses.

So, if you just finished Grey’s Anatomy, Game of Thrones, or Supernatural and are fiending for another Flix-fix, try check out one or two of the shows compiled above, they’re sure to not disappoint.

Episode Four of Uncommons Talent features Jeremiah Kamtman. His talent is escaping from a straitjacket.

First semester is almost over, but you still have time to do some holiday activities before you leave for break. Lucky for you, there is a lot happening in Nashville at this time of year! Here are the top 5 things to do before you head out for winter break:

The annual Piedmont Holiday Parade is from 9 a.m. on Dec. 3 to 11:30 a.m. throughout downtown Nashville. The Grammy Award winning artist Kelly Clarkson is this year’s Grand Marshall. The parade begins at 7th Avenue and Broadway, heading downtown. It turns on 2nd Avenue and ends at the base of Woodland Street Bridge.The theme for this year is “Musical Mile” so be sure to check it out! 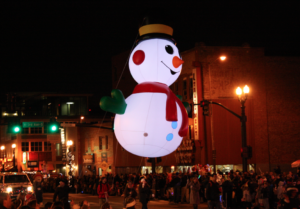 The Nashville Ballet will be performing Nutcracker for the ninth consecutive year from Dec. 3 to Dec. 23 at TPAC’s Jackson Hall. If you like ballet or want to get in the holiday spirit, be sure to get tickets! 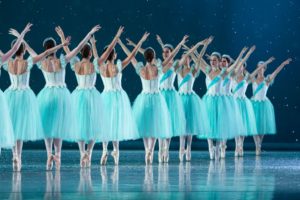 3. Tennessee’s Home for the Holidays

For the 6th year in a row, Governor and First Lady Haslam will have a holiday open house at the Tennessee Residence. From 10 a.m. between Dec. 2 and Dec. 16 to 2 p.m. tours will be offered to view the house and its land decorated for the holidays. The tours are free, but you must make an online reservation. 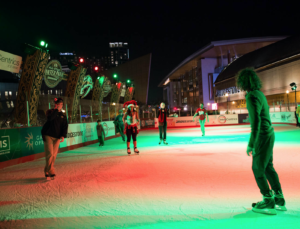 Head over to Cheekwood Botanical Garden sometime between Nov. 25 to Jan. 1 from 5 p.m. to 10 p.m (other than Mondays) to see its second year of holiday lights. There are also s’mores pits, holiday carolers, live reindeer, and photos along the trail of lights. Admission ranges from $15 to $20 and it is just over 5 miles from campus. Be sure to check it out! 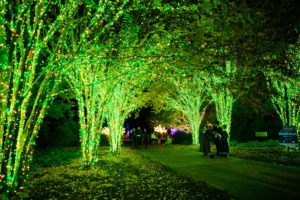 In this episode of IQ, first-year students at Vanderbilt discuss whether or not America should get rid of the electoral college.

My Commons Life presents its newest episode of Commons Cribs, a mini web series that provides an inside look into the humble abodes of those who reside on the Vanderbilt Commons. This episode features freshmen Erica and Peyton, residents of North house.

MyCommons.Life sits down with Vandy’s new men’s basketball coach Bryce Drew to discuss Vanderbilt basketball and to talk about adjusting to life at Vanderbilt.

Cortez sits down with fellow first year Matt Seck and they discuss Matt’s role as Senator from Gillette House and his experiences so far at Vanderbilt.