A few weeks ago, I sat in amazement for 2 hours as I watched the magical film that is Black Panther. Yes, the $1 billion-grossing hit has been out for weeks, but, as a poor college freshman, I had to wait and finesse my upperclassmen friends for a free ride to the theater.

During the film I was floored by the beautiful costumes, breathtaking special effects, and exemplary acting. I’ve seen nearly every Marvel film ever released and they typically excel in production. Captain America, The Avengers and Wonder Woman all made millions of dollars in gross earnings. What makes Black Panther stand apart is the way that it addresses issues of representation, identity and the meaning of being black in a world that is seemingly anti-black. A country that has racism built into its very backing.

Growing up, the only fantasy film that I saw with positive black characters was The Wiz. Lena Horne as the Glinda the Good Witch was one of the select view . The only superheroes and princesses that I could aspire to be like were 10 shades lighter than my dark complexion. The lack of positive black representation in the media as well as in my own childhood led me to believe that the only people capable of being remarkable were white. In turn, my self esteem and self worth as a black child was very low and those sentiments lasted well into my middle school years.

Black Panther allows millions of young black children to see people who look like them being the heroes and having the power to save the fictional Wakanda. My social media news feeds have been full of pictures of black children dressed up as T’Challa or smiling brightly next to a cardboard cutout of the movie. More representation means that more black children will feel accepted and comfortable with who they are.

In addition to having positive portrayals of black heroes, Black Panther comments on identity and dichotomy between Africans and African American. From the beginning we see how plentiful and progressive Wakanda is and how that lifestyle is juxtaposed with the African Americans of Oakland and other areas that lack the resources of Wakanda. Many Wakandans saw the people who were taken from them as outsiders and left them to fend for themselves. This is reflective of the identity issues of various African Americans who feel disconnected from their African roots but yearn to be connected. In addition to issues of identity are the problems that Africans who were stolen from their home countries had to endure. The antagonist of the film, Erik Killmonger, repeatedly states how the people who are not in Wakanda have suffered and are oppressed. The reality of black people being oppressed throughout the world rings true.

Overall, Black Panther reached into my artistic soul and touched it. It rattled me to my core with its surplus of beautiful, resilient actors and actresses as well as its ability to celebrate African culture. Most importantly, it addresses problems such as racism and identity that no other superhero movie or Marvel movie has ever had. It’s important social commentary makes it one of the greatest black anthem movies of all time. Black Panther is real to me because it allows us to understand our world in a new way.

On the day of the march Vanderbilt First-Years explain why they march and why they are motivated to create change regarding gun policy. 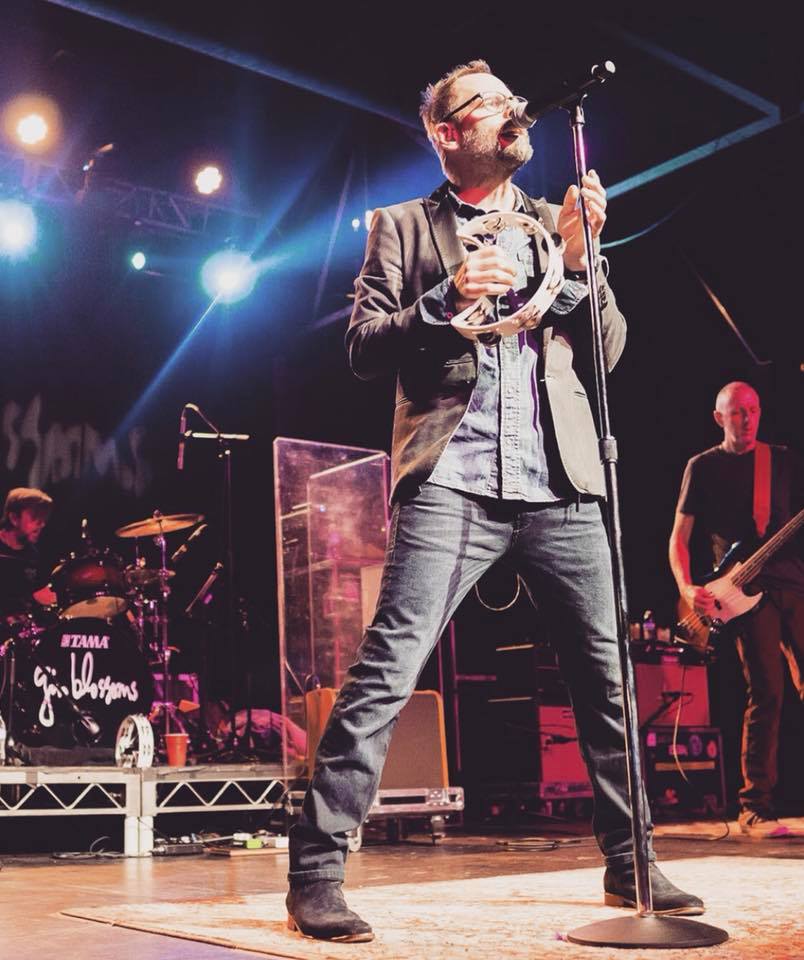 On Thursday, Feb.15, the popular 90s band Gin Blossoms played at Marathon Music Works as a part of their 25th anniversary tour of “New Miserable Experience”. As a lover of all things 90s I made sure to be front row and center to watch them play the entirety of their breakthrough album. If you’ve ever been to a 90s themed party or listened to a decades playlist you’ve most likely heard them.

The crowd was full of people who grew up listening to songs by Gin Blossoms and were excited to hear them live. I was 100% the youngest person in the crowd, but it was a great experience nonetheless. All throughout the night the lead singer Robin Wilson interacted with the audience and made the concert feel personal. At one point, he even high-fived me while singing “Long Time Gone”.

Longtime Gin Blossoms fan Barbara Watson said the following about the concert: “What a great concert at the Marathon Music Works! The Gin Blossoms sounded as great as they did 25 years ago, and hearing the album in sequence brought back great memories.”

I definitely agree with that!

My Commons Life presents its newest episode of Commons Cribs, a mini web series that provides an inside look into the humble abodes of those who reside on the Vanderbilt Commons. This episode features freshmen Emma and Yoanna, residents of North House.

I recently had the opportunity to interview the Charlotte, NC based band The Business People. Hailing from my hometown, I was already a fan but it was great to see them play here in Nashville. Watch the interview to learn more about them, their amazing music and their quirky ways.

My Commons Life presents its newest episode of Commons Cribs, a mini web series that provides an inside look into the humble abodes of those who reside on the Vanderbilt Commons. This episode features freshmen Marie Margauritte and Becca, residents of Crawford House. 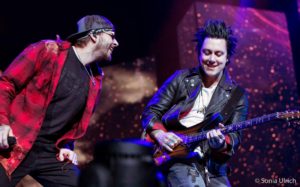 On Friday, Jan.12, Nashville was the first stop on Avenged Sevenfold’s “The Stage” tour. It was no surprise that the show sold out due to the popularity of A7X as well as the other two tour headliners Breaking Benjamin and Bullet for My Valentine.   The inclement weather couldn’t even stop the thousands of people like me who were ready to have a great night rocking out.

As a huge fan of all three headliners, I’m happy to say that it was a great show and by far one of the coolest concerts I’ve ever been to. The Bridgestone Arena truly transformed and the energy from the pit was unreal.

Starting off the night was a popular metal band from Wales called Bullet for My Valentine. Due to the genre difference it seemed like many people were unfamiliar with the majority of Bullet’s songs, but it was a seamless set that was perfect in getting the crowd pumped and ready for the rest of the night. 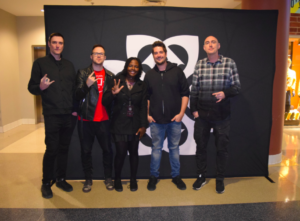 After BFMV, was Breaking Benjamin a well known rock band that has come to Nashville multiple times in the past. Prior to their actual performance I had the chance to meet Breaking Benjamin which was definitely a childhood dream come true and for sure added to the closeness I felt during their performance. All of the members were nice and Benjamin proved to be just as cool as he always seems. During their set, the audience was given a nice surprise when Morgan Rose, the drummer for the rock band Sevendust, came on stage to play drums during the song “Failure”.

Avenged Sevenfold went on last playing an almost two hour long set that featured the use of multiple large screens that showed various short scenes and graphics to accompany the live songs. The stage presence of the band enhanced by the effects and crowd participation showed that the longtime band still had the ability to rock out just like they did in their early years. Like Breaking Benjamin, A7X had a guest perform with them. The guest was none other than the lead singer of the rockband Halestorm who covered “Wish You Were Here” by Pink Floyd with the band. A special moment of the night was when a memorial slideshow to a band member who passed away played to the song made in his honor. Many tears were shed but it was a magical moment in which strangers at the concert were able to come together and feel something more than just general concert happiness.

Fellow freshman student Ethan Beaty said the following about the night: ” The entire concert was surreal. Each band contributed an energy that fused the entire concert into an amazing, unforgettable experience. The venue fit perfectly, and the crowd reacted in such a way as to carry the energy provided by the bands’ performances.”

Overall, the first night of the tour was a big success and I can’t wait to see more photos and videos as it continues to 20 other locations in the USA and Canada.

Last Saturday, The Emo Band came to Nashville once again to have Emo/Pop punk karaoke at The Basement East. The catch to this karaoke night is that you have the chance to sing in front of an actual live band.

Participants were able to sign up to sing any of the 80 offered songs from artist like Paramore, Fall out Boy, Brand New and many more. It was a fun flashback to all those angsty middle school and high school times for the people in the crowd. The show had a very long set time (went until 1 am) to ensure that as many people as possible were able to perform. First Year student, Josiah Pehrson, sang “What it is to Burn” by the band Finch and honestly killed it.

Be sure to keep an eye out for their next visit to Nashville if you love to sing (all levels of talent are welcome) or listen to pop punk!

My Commons Life presents its newest episode of Commons Cribs, a mini web series that provides an inside look into the humble abodes of those who reside on the Vanderbilt Commons. This episode features freshmen Izzy and Anna, residents of Hank House.