It’s no secret that I go to a lot of concerts. I can’t count the number of times people have asked what my last concert was (Julien Baker, if you’re asking) or how I afford all these concerts (answer: I don’t). However, my reputation as professional concertgoer has given me strong exposure to the incredible music scene we have here in Nashville. I’ve already been to most of the relevant venues here and therefore consider myself a leading expert on concert culture.

Anyway, here’s my ranking of the top 5 concert venues in Nashville.

I was here about a month ago for Sofi Tukker, and it offered a really cool environment. The “Beast,” as many term it, is remarkably intimate, with a capacity of around 400. I really like the interaction this venue offers between the audience and artists, partially due to its size and partially due to the absence of a barricade – allowing fans to stand directly next to the stage. My only complaint also circles back to its size: as can be expected, it can get very hot, sweaty, and uncomfortable here. But don’t let that deter you from experiencing this venue’s cool and fun atmosphere. 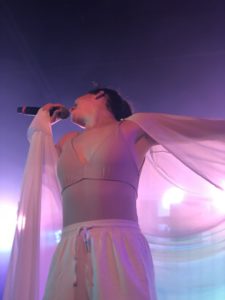 Marathon is a fairly standard venue as far as general admission concerts go. With a standing room capacity of 1800, this venue is notably less intimate and personal than the Beast. That said, its high ceilings and spacious nature make for a very relaxed and comfortable experience, avoiding some of the heating problems faced elsewhere. The stage is rather large, allowing more fans to get close to their favorite artists along the barricade. Finally, the artist bookings are fantastic – highly recommend checking a show out here.

I’ve had some bad experiences with arenas in the past. They can often feel impersonal, and entry into the venue (especially for general admission floor) can be messy and unfair. That is not the case for Bridgestone Arena. Despite my personal distaste for arena concerts, Bridgestone is absolutely top of the line. Their staff is incredibly friendly and helpful and consistently minimizes chaos in entering the venue. I have a friend who attended the twenty one pilots show here and had camped out for several days prior to get a front row spot (it worked). She had nothing but praise for the arena and its staff. That says a lot to me. 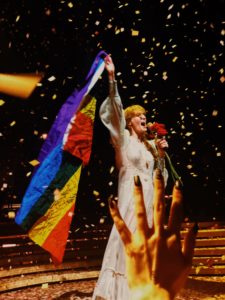 Florence + the Machine at Bridgestone Arena.

Another small venue –  Exit/In has a capacity of 500, making it slightly larger than the Beast but still incredibly intimate. My experience here seeing Hoodie Allen was incredible – the space felt so personal and yet I never found myself feeling cramped or hot. Tickets here are also incredibly affordable, with many shows charging $10-15 for admission. Finally, this venue is WALKING DISTANCE FROM CAMPUS. It was so nice to simply walk over instead of having to pay for an Uber/Lyft, and I look forward to seeing more shows here in the future.

I knew about the reputation the Ryman had well before coming to Nashville, but I never really believed it until I saw a show there (Julien Baker/Phoebe Bridgers/Lucy Dacus this past Sunday). Never before have I seen a crowd with more respect for the music being performed. The acoustics were absolutely incomparable. It felt small and personal and yet simultaneously like a larger-than-life dream. And tickets were relatively inexpensive ($30 for the show we attended). I cannot recommend going to a concert at the Ryman enough.