After a long night out last weekend, I came back to my room, turned the lights on, and sat down to take off my shoes.

Even in a late-night daze, I could tell that my white and green Stan Smiths were far dirtier, and looked far older than they had just hours before. Don’t get me wrong, it’s not like I made the Freshman mistake of wearing nice shoes out to Ranhas– I hadn’t. These Stans were two+ years old, and had long surpassed their days of being crisp, clean, and pure white. I knew my shoes would get trashed, and I actually intended for this to be the case. 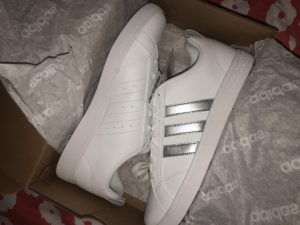 Why? Well, I finally relented a week before move-in and bought new Adidas shoes. Still white, but this time they were Neos instead of Stans, with metallic stripes on the side instead of green backs. But, despite taking them out of their package, I had yet to actually wear them. The unscratched and unmarked shoes seemed daunting– how could I ruin something so perfect?  So, I wore my trusty Stans out hoping that I would finally ruin them enough to break out my new whites… 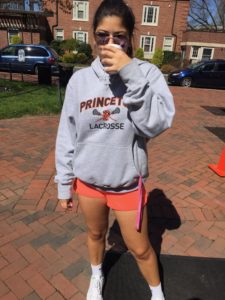 The first (known) picture of me in my Stans… don’t judge my appearance, it was a Sunday morning after a 6-day class week

But at 2am last Saturday night, I realized that “ruining” the perfect white veneer of my shoes would not be what I was doing at all. While staring at my scratched, dirty, and faded Stans, I had the seemingly profound realization of everything these shoes had been through. This seems like a simple idea– you go practically nowhere without shoes… not even the bathroom at boarding school or in college. But I guess I had never truly though about the fact that these specific sneakers were my go-tos, and therefore had been on my feet for countless events in my life over the past three years.

The first picture I could find in my Stans was dated April 17, 2016. By April 22, my Stans and I had traveled to a Boston music competition and back, with a trophy in hand. Their soles had already hit the streets of Cambridge, Mass and New Haven, CT– traveling to the first of many college tours. 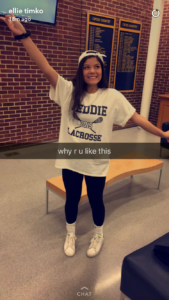 By June of 2016, my Stans became my driving shoes, as I attempted to gain my license. And by July they’d been to LBI, Avalon, Colorado, and back. I wore them to get my wisdom teeth removed, and I wore them to move back into Peddie for Junior year. 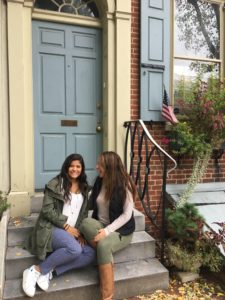 Philly Trip with my best friend

Junior year, my Stans traveled to Philadelphia for an APUSH trip, they stormed the court after our basketball team won the biggest tournament of the year, and they were on my feet nearly every day of Les Mis musical rehearsal. They were thrown on for traveling to Boy’s Lacrosse games, and after both the wins and losses on the FH field. For Spring Break, in just 10 days, they traveled to college tours at FSU, Duke, Elon, UMich, Wake Forest, and Vandy (eventually rounding out the tour with a quick stop at Disney)… While, of course, stopping home in Delaware for a single day to throw a Bridal Shower for my sister.

In June of 2017, with countless miles added to my Stans, they were packed in a suitcase to travel to Maryland for my sister’s wedding. By July they were on a flight to Great Harbour Cay in the Bahamas, and by August they were off to Manhattan for two weeks at the American Academy of Dramatic Arts. 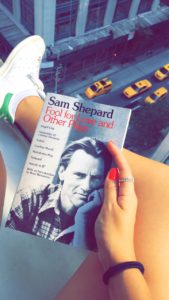 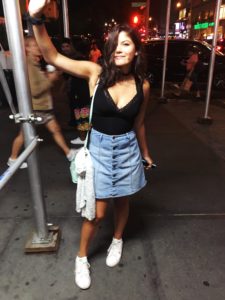 By October of 2017, they were on last-minute college visits to UVA, UNC, Richmond, Northwestern and Vandy again. In realizing this, I registered that my Stans traveled with me to tour Vandy twice before applying, once as an accepted student, and finally on move-in day. This means that my Stans truly saw the arc of my application process; in a physical sense, they traveled the road to Vandy with me. (I may have even been wearing them when I opened my acceptance letter, though I can’t remember for sure.) 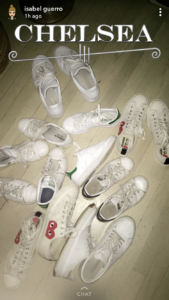 All of my friend’s shoes at the door of a house on Senior Skip Day… Do you think we like white shoes?

In February of 2018, my Stans were on my feet as I heard of the heartbreaking news that a friend had passed away, and I wore them as I found the strength to continue through those days.

In the spring, they hit the sidewalks of Manhattan once again for Senior Skip Day, and they even braved After-Prom. In the following days, I threw them on to move out of my Peddie dorm one last time, and they were laced up immediately after I removed my Graduation heels.

By the first weeks of summer18, they’d traveled to Boston and NY again, Asbury Park, Sea Girt, Delaware, and more. 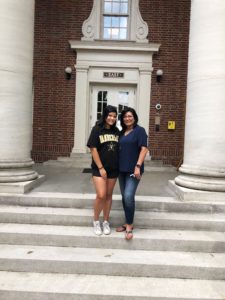 Me & my Mama outside of East House!

My Stans were on my feet to celebrate and 18th birthday, and a week later, back on the same flight I’d taken in them years before to Colorado. In August, I sported my Stans to a masterclass with Adam Pascal (from the musical Rent), and I’d worn them to say “see you soon” to all of my closest friends. 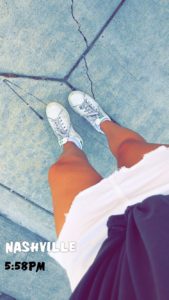 And then?… Well, I wore them to move into Vandy. After that? To run across the football field at Anchor Dash, to class almost every day, and even to Ranhas.

So all and all? My Stans have been through almost as much as I have. Why? Because they were with me the whole time…  The soles of my shoes show the wear and tear of both the small victories, and the big ones; the trips of a lifetime, and the trips to the library.

I can understand why I was a little reluctant to break out my new sneakers. There’s so much history and experience that translated onto the distress of my Stans. But with new white shoes comes infinite potential. Who knows where my next shoes will travel? Where will I go, along with my sneakers, to find out who I truly am, and where I belong? Where will I be the next time I sit down and think back to all the things I, and my sneakers, have been through? #SoleSearching