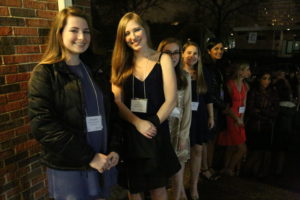 Sorority recruitment, otherwise known as rush, is a flawless process. At the end of it, every single girl that signed up has selected a new home, full of soon-to-be best friends who will inevitably be her bridesmaids someday.

In case you couldn’t tell, that was a joke. For some of the young women at Vandy, their story will sound similar to the one above – but for most, it won’t be so straightforward. Unless you are some sort of goddess (if you are, just re-read the first paragraph and exit this article), sorority recruitment is disappointing, exciting, scary, and frustrating. Even the girls who end up happily accepting bids on the final day experience doubt, fear, and confusion along the way.

On the first day of recruitment this year, called Display Round, approximately 575 girls visited ten sorority houses. The vast majority of these ladies were freshmen, though there were a fair number of older students mixed in. As a participant in this year’s process, I can tell you that Day One was thrilling and nerve-wracking. Every Potential New Member (PNM) was trying to both make good impressions and formulate her own opinions in each house. Each house had a unique personality, and freshman Gabby Torres said that she “was pleasantly surprised by how friendly and accepting the community seemed.” While most girls went in with an idea of which houses they would like to join, viewpoints were mostly still open to some change during Display Round. After filling out a preference card, each freshman PNM hurried back to Commons, eager to discuss the day with roommates and friends. By the next morning, every young woman had decided which places she wanted most to be invited back. 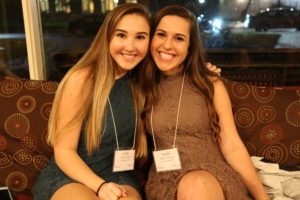 For the majority of people, though, it did’t matter where they wanted to go back. Unless every or almost every house wants to meet a girl again, she doesn’t have the ability to make cuts. It’s the sororities who make the cuts. At about 11:00 on Sunday morning, every PNM anxiously received and read her schedule, which only included the houses that wanted to meet her again. On average, ladies were asked back to five or six houses. Some would be returning to as many as eight (the maximum number) or as few as three (at least, this is the fewest of the people I spoke with).

The number didn’t matter as much as the specific houses, though. Most girls were cut from houses they really liked, and even if there were still great sororities on their schedules, the rejection stung. As freshman PNM Jenna* put it, “I hate how this process makes us feel about ourselves. Rejection hurts, even if it’s from a house that wasn’t your absolute favorite.” I heard this sentiment echoed thought rush, as participants contemplated the (arguably necessary) judgmental nature of recruitment. 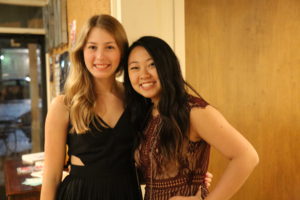 On day two, called Philanthropy Round, houses shared information about their major service partnerships. The PNMs invited back stayed a few minutes longer in each house, getting to know the active members a little bit better than the day before. Ladies attempted to make a lasting impression in favorite houses, in hopes of being invited back a week later for Sisterhood Round. It was a fun day for most, and freshman Kelly Champagne noted that “Each day I am continuously amazed by the genuine love and energy exuded by the girls at these houses.”

Then, it was time to wait.  There were a full four days and 16 hours between the end of Philanthropy Round and the distribution of schedules for Sisterhood Round. I think the idea was to let everyone involved focus on the first week of school, but in practice, every PNM just spent the entire week stressing about where she would get to go back Friday night. Finally, Friday afternoon at 2:30ish, everyone received a schedule with a maximum of five houses on it. Sisterhood was the final round where PNMs seriously needed to impress active sorority women.

Girls donned their cutest skirts, dresses, rompers, heels, and jewelry before walking (or Ubering) to Greek Row. Sisterhood Round was high pressure, and at the end of it, cuts were made for Preference Round. In this instance, many PNMs had their first opportunity to be the ones cutting sororities. Saturday afternoon, every girl found out what house or possibly two houses she would be visiting for the final round. Preference was the most formal and emotional day of recruitment, as sorority sisters shared the their values and some rituals with the PNMs. At the end of the day, those who went to two houses had to decide which sorority to rank higher. Those who only went to one had to decide if they truly wanted to accept a bid from that chapter. Alexa Bussman stated that “rush is a long, emotional process but I’m glad that it’s finally winding down. I’m excited to find a chapter to call home.” 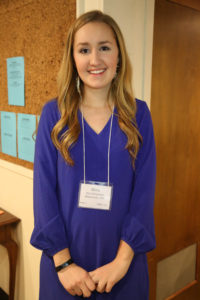 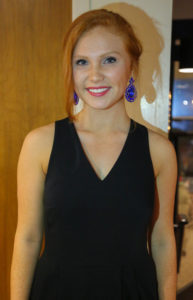 This account wouldn’t be complete without mentioning the women who began the recruitment process and decided to withdraw at some point. Many received their final two houses on bid day and realized that they didn’t feel at home in either of them. Some dropped earlier in the process upon being cut by their favorite sororities. Others decided at some point that the prospect of accepting a bid was too intimidating – socially and financially. Dues can cost close to a grand each semester, depending on which sorority you’re talking about. On top of that, belonging to a sisterhood is a huge time commitment. Full disclosure: I was one of the people who ultimately withdrew.

Most folks didn’t withdraw, though. Most ended up excitedly accepting a bid, be it from their initial first choice or another house they fell in love with along the way. These girls have taken on an exciting new identity, as a sister to almost 200 other Vanderbilt ladies. They won’t immediately be the best of friends, and it’s entirely possible that they won’t all be each other’s bridesmaids – but they have joined a group which will almost certainly be a defining feature of their Vanderbilt experience. And at the very least, as freshman Ruthie Perlman told me, “I feel like rush brought the freshman class together – it’s united us.” 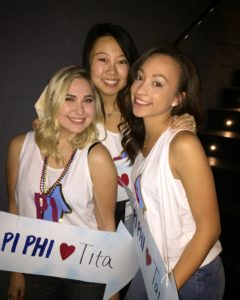