With Halloween quickly approaching, we’ve decided to share 5 of our favorite, most outlandish conspiracy theories. Most of these are just too strange to be believable, but it definitely makes you wonder what else might be out there, and what the truth really is.

1. The Moon Is a Projection 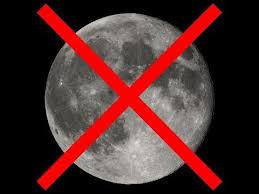 But… but… it’s right there??? Yeah, we know.  Theorists who do not believe in the moon’s existence allege that the world’s governments fabricated the moon many centuries ago, and now everyone just kind of goes with it.

Why did they feel the need to fabricate the moon? And how did they do it?  This is where things get really weird.  People speculate that the government is using advanced projection technology that the public has no knowledge of in order to make us believe that a false moon orbits our Earth.  Everything we think we know about this supposed celestial object is just an extensive government cover up.  Why they did it is contested among the theorist community, but some of the most popular theories are that the moon is covering up something else in the distance, like a planet that is on a collision course with the Earth.

The best “evidence” for this wild theory includes the changing appearance of the moon, a line from Romeo and Juliet, and the difference in density between the Earth and the moon.  Yeah, we don’t think we could ever believe this one.

2. The Denver International Airport is a Gateway to Hell 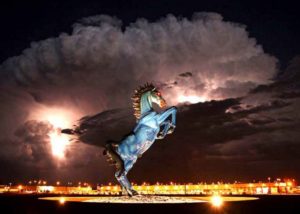 While most people think of the DIA as nice, pleasant airport, some theorists believe that this building is hiding something much more sinister beneath its surface.  While a “gateway to hell” is a bit of a stretch, there are definitely some creepy things about the DIA that has people wondering.

First off, that scary horse (pictured above).  We’re not gonna lie, this demon horse outside of the airport is more than a little freaky.  Some say that the statue will provide transportation for a Horseman of the Apocalypse, but perhaps the creepiest thing about aptly-named “Blucifer” is that it fell on and killed its sculptor.  Other mysterious features include, but are not limited to, gargoyles sitting in suitcases, some strange murals that highlight both community and death at the same time, and runways in the shape of a swastika.  Though probably not a gateway to hell, we can’t help but question the decisions of whoever designed that building.

3. The Earth is Flat 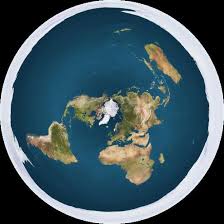 We all knew this was gonna be on here sooner or later, so let’s just get it over with.  Like the moon hoax, believers of the Flat Earth Theory allege that the spherical nature of the Earth was fabricated by the world’s governments and space agencies long ago as a way to make people feel insignificant and therefore more likely to conform to societal norms.  Believers call themselves the “Flat Earth Society,” and they even have their own website.

Many facts easily debunk the Flat Earth Theory, but followers are nothing if not persistent. They imagine the Earth’s true map to look like the image above, with the North Pole at the circle’s center and Antarctica as a ring of ice all the way around the edge (this apparently explains why people don’t fall off, for it is very difficult to get permission to travel that deep into the continent).  This flat earth is allegedly moving upward at a rate of 9.8 meters per second, accounting for gravitational force.  Many more elements to this theory (and we mean MANY more) are detailed on the official website.

4. Our Leaders are Actually Lizard-People 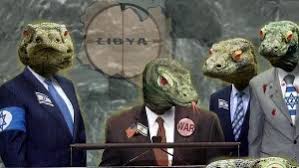 Yeah, this is actually a thing.  A survey in 2016 found that nearly twelve million people believe that world influencers are really highly advanced, lizard-like aliens in disguise with the goal of controlling and manipulating the Earth.

There isn’t much of an argument for this one, aside from videos of political leaders and celebrities supposedly “slipping back” into lizard characteristics for no more than a few seconds.  Speculated aliens include Justin Bieber, the Clintons, Miley Cyrus, George Bush, and the Queen of England.  However, we all know that video and photo can be highly manipulated, and frankly, this one just makes zero sense.  We’re glad too, because lizard people sound pretty terrifying. 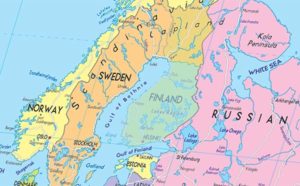 Of all the theories on the list, we think that this one might actually make the most sense (still almost none, but okay).  According to theorists, the country of Finland doesn’t actually exist.

The story goes that Japan, having a large economic foothold in seafood, suffered as more restrictions were placed on the amount of fishing that could be done in international waters.  As a way to maximize their product output, they created “Finland”, which is apparently a large Japanese fishing colony.  People who supposedly live in Finland (less than 0.01% of the world’s population) are really just citizens of Eastern Sweden, Estonia, and Russia.

A piece of evidence sighted by believers is that Nokia, a Japanese company, does a lot of business out of Finland and through Russia, a nation that they have been very secretive with in the past.